Mute the news when listening to the radio on a thing running Android.

As someone who listens to a lot of BBC Radio 6, I highly recommend pretty much all of the weekend shows, they're usually full of really great music.

As part of the radio service, the BBC News butts-in with a 2-3 minute broadcast at hourly intervals, full of current events to help keep the public informed. Now, aside from the known adverse effects of consuming too much news, the tone of the broadcast is usually completely at odds with what I'm doing at the time. Why should I be made aware of what someone said in London or the latest tweet of a large-tangerine with small hands? Why must the minds of millions be made aware of minor crimes in major cities? At times during the run up to the Brexit referendum it felt like listening to the Nigel Farage hate-trumpet.

In consuming media this way a person acquiesces control to the broadcaster, allowing them to shape your reality with great subtlety, often making you morbidly aware of seemingly endless minutiae for the political or commercial gain.

For some time I've just reached over and muted the radio when the news jingle starts. But last weekend I had a few hours to kill in a pub before meeting Sarah to play Hive. So obviously I wrote an Android App (below) to mute the streaming-music volume at set times of the day for a configurable period of time. Note this doesn't affect the phone-ringer or alarm volumes, only streaming music like playing the radio through a web-browser and can be (de) activated with a toggle.

The source-code is on github, and the (free, open-source, ad-free) app is published on the Android play-store. 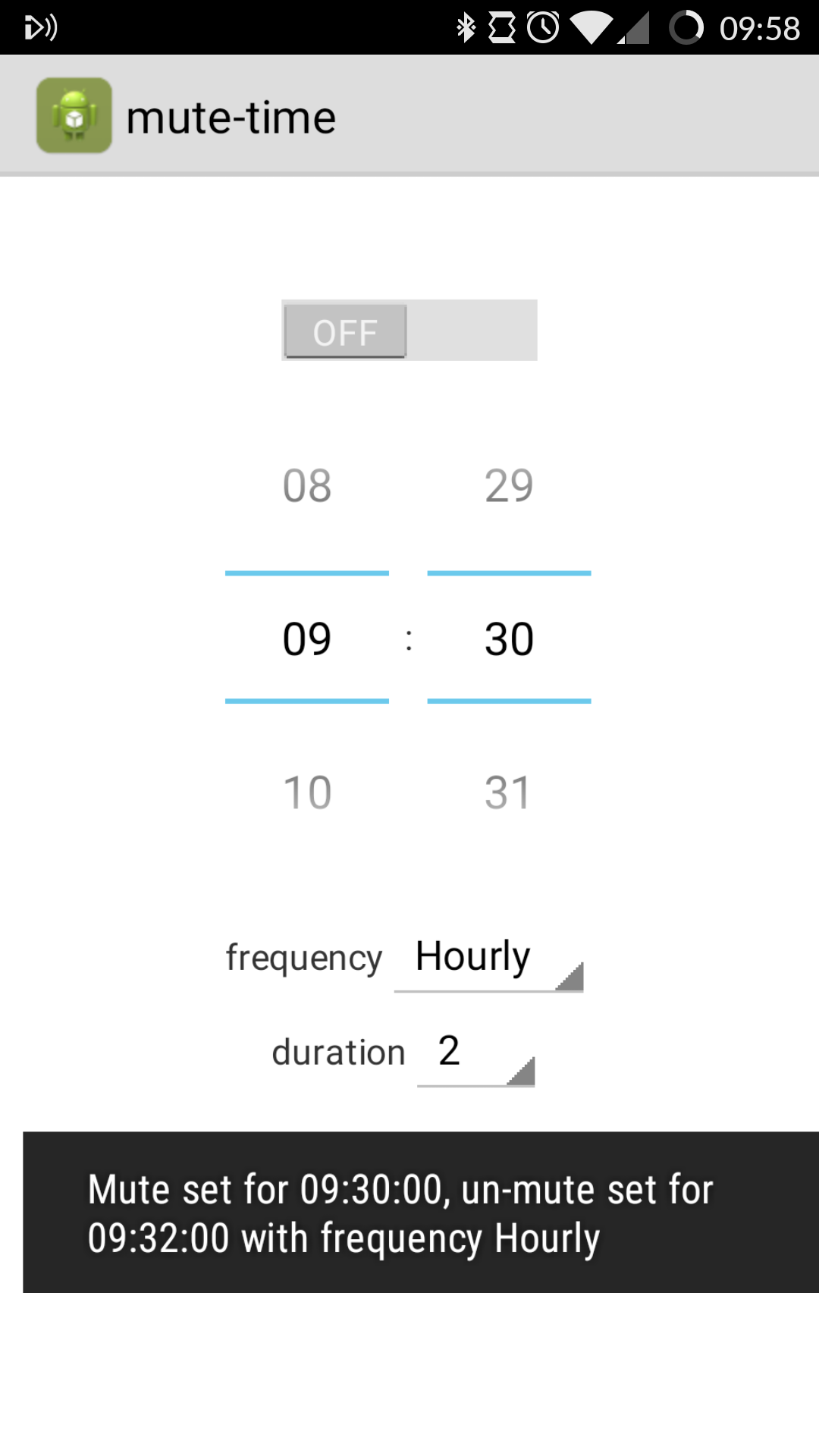